Skip to content
Mt. Trashmore ran on Pennlive.com yesterday and will hopefully appear in print in the Harrisburg Patriot-News tomorrow or Tuesday, so I thought that it deserved another posting.

“In America today you can murder land for private profit. You can leave the corpse for all to see, and nobody calls the cops.” Paul Brooks, “The Pursuit of Wilderness,” 1971

And boy, do we have a corpse in this murder:

A mountain of culm – coal waste – on a 55-acre site that makes the moon’s surface look attractive.

And best of all: It’s right outside my front door, a giant Mt. Trashmore that does sooo much for the ambience, not to mention the related catacomb of tunnels that may or may not be under my old miner’s house.

No one knows exactly how much waste is there, but coal mining operations took place at the Harry E. Colliery site in Swoyersville, my little town, from the 1880s until 1960, so there’s enough that it’s going to take an estimated 20-25 years to clean it up.

We may not have exact numbers, but — fantastic as it sounds — I’ve seen traces of snow on top of Old Smoky when it was bare everywhere else.

So now, after a mere 78-year interlude since mining stopped, they are going to start removing it.

But it’s not a kumbaya let’s-be-green moment. It’s only happening because Keystone Reclamation plans to haul away the coal in July for use at two cogeneration power plants, which use waste coal as fuel to create electricity.

Just another day in the land of the free and home of black lung. Environment savaged and fortunes made on the back of poor miners. It’s a big, black ugly legacy to how things work when money trumps environmental concern and respect for the land is spit upon.

The power rests with the people. It’s past time we take control.

Look and see what can happen when no protection is given to the environment, what happened when the robber barons of yesterday were allowed to rape the land to reap the dough and shake your head in wonder.

And then shake your head again because it’s still happening today.

Just because my particular mess is a remnant of our anthracite coal mining legacy, don’t think you – any of you – are safe from the same type of treatment, particularly in the light of today’s damn-the-environment federal government.

Thanks to a president who has never seen an environmental regulation he doesn’t want to overturn, we’re all just bait fish for the sharks of development and fossil fuel fun.

All our former presidents – whether I agreed with their politics or not – have been staunch defenders of the environment. Republican or Democrat, they have acted responsibly and America today is light years cleaner, greener and less and less dependent on fossil fuels than it was 20, 30 or 50 years ago..

Trump, who never saw my Uncle Mike gasping for air in the last stages of black lung disease, had the effrontery to say in his State of the Union message that his administration had “ended the war on beautiful, clean coal.”

To me, that sacrilege is like saying he’s ending the war on “beautiful, healthful cancer.”

The most dangerous, of course, is the Poster Child for fossil fuels, Scott Pruitt, who is making no bones of trying to gut the EPA of its guardian of the environment role as much as possible.

Unfortunately, I don’t have space to even list all of Pruitt’s mad decisions. As Vox said last week about his first year in office “Pruitt celebrated the rollback of 22 regulations under his watch, and cheered President Donald Trump’s rejection of climate science and policy.” 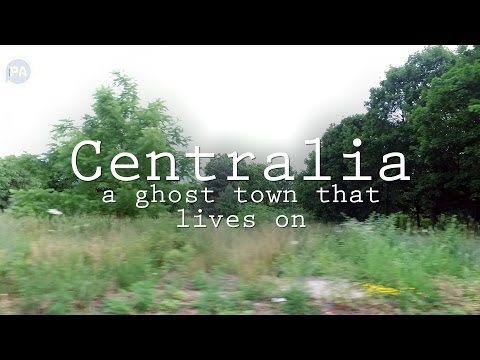 A good part of ecology, unfortunately, has been converted to something much closer to politics.

But this one hits home.

What it also gives a lot of us is a death warrant. Living within a mile of a wet coal ash storage pond poses a greater health risk than smoking a pack of cigarettes a day, raising the risk of cancer to one in 50, an EPA study from 2010 found.

Vanity Fair summed up all this environmental mayhem in the headline of an April 5, 2018 article: “Can Scott Pruitt poison the environment enough to keep his job?”

And this noxious Batman and Robin are ready, willing and able to build a Mt. Trashmore of some polluted type for each and every American.

So while yours might be air you can’t breathe or water you can’t drink or land that poisons your body, it will loom just as large and just as dangerous as my personal front yard monster.

What can be done? I know I’m a broken record but the answer is always the same: Get involved.

This is really the time to unearth the old chestnut of thinking globally and acting locally and do something: Speak up if a dump is proposed for your backyard, or an old coal mine threatens to come alive, or some sleazy government official says an underground mine fire is no big thing.

And, of course, vote. Vote this fall as if your life depended on it. Because it does.

Anthropologist Margaret Mead, who sagely noted “We won’t have a society if we destroy the environment,” knew the answer: “Never doubt that a small group of thoughtful, committed citizens can change the world; indeed, it’s the only thing that ever has.”

Bob Quarteroni, a frequent PennLive Opinion contributor, is a former columnist and editor at the Centre Daily Times. He lives in Swoyersville, Pa. Readers may email him at bobqsix@verizon.net.