Hide the children and pass the 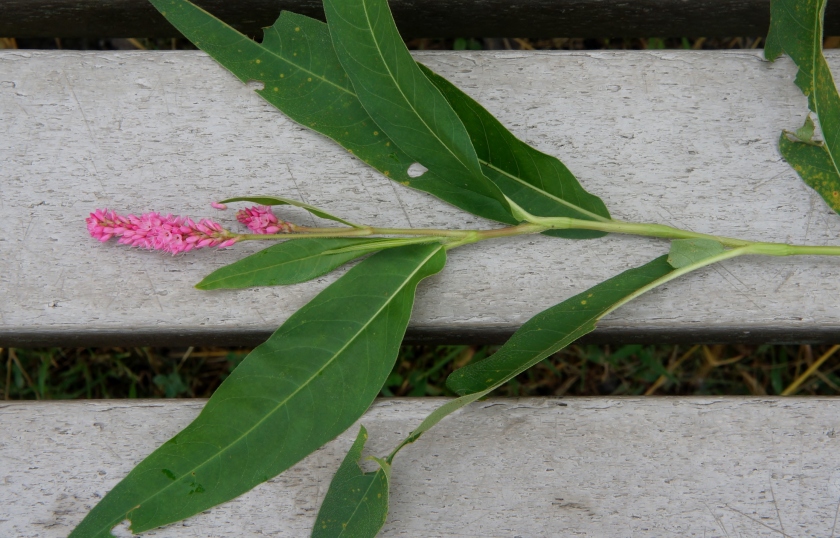 Glenfiddich!  The heat finally broke and it was in the 70s. Still somewhat humid but after the relentless 90s, felt fine.

Went to Frances S. and saw so much — took so many pics — I think I covered maybe one-third of a mile in 2.5 hours, which flew by, as the do when there’s so much to look at, investigate, photo.

If I hadn’t stepped into a mud hole over the top of my boots would have been a perfect day.  Can’t have everything, right. Here’s the first thing I saw.

Carey’s knotweed — or smartweed — named after Mr. Carey I assume — was, literally at my car door, I stepped on it.

There are several species of weedy smartweeds. Some are aquatic and all prefer moist sites. Polygonum arifolium and P. sagittatum are called halbard and arrow-leaved tear thumb respectively because of the sharp spines on the stem. Water smartweed (P. amphibium) grows equally well in water and on dry ground. P. aviculare and P. erectum are called knotweed. The …first is a serious pest in lawns. Carey’s smartweed (P. careyi) is characterized by long drooping clusters of flowers and is often seen in blueberry fields in the Pemberton area. P. convolvulus is a vine type and is called black bindweed. P. scandens is also a vine and both are serious weed problems where found. Japanese knotweed or Mexican bamboo (P. cuspidatum), is a tall growing, perennial weed which is almost impossible to control. P. sahalinense is similar but much more robust. Pennsylvania smartweed (P. pensylvanicum) is one which grows well on rich, well drained soils and so is a weed problem in crops